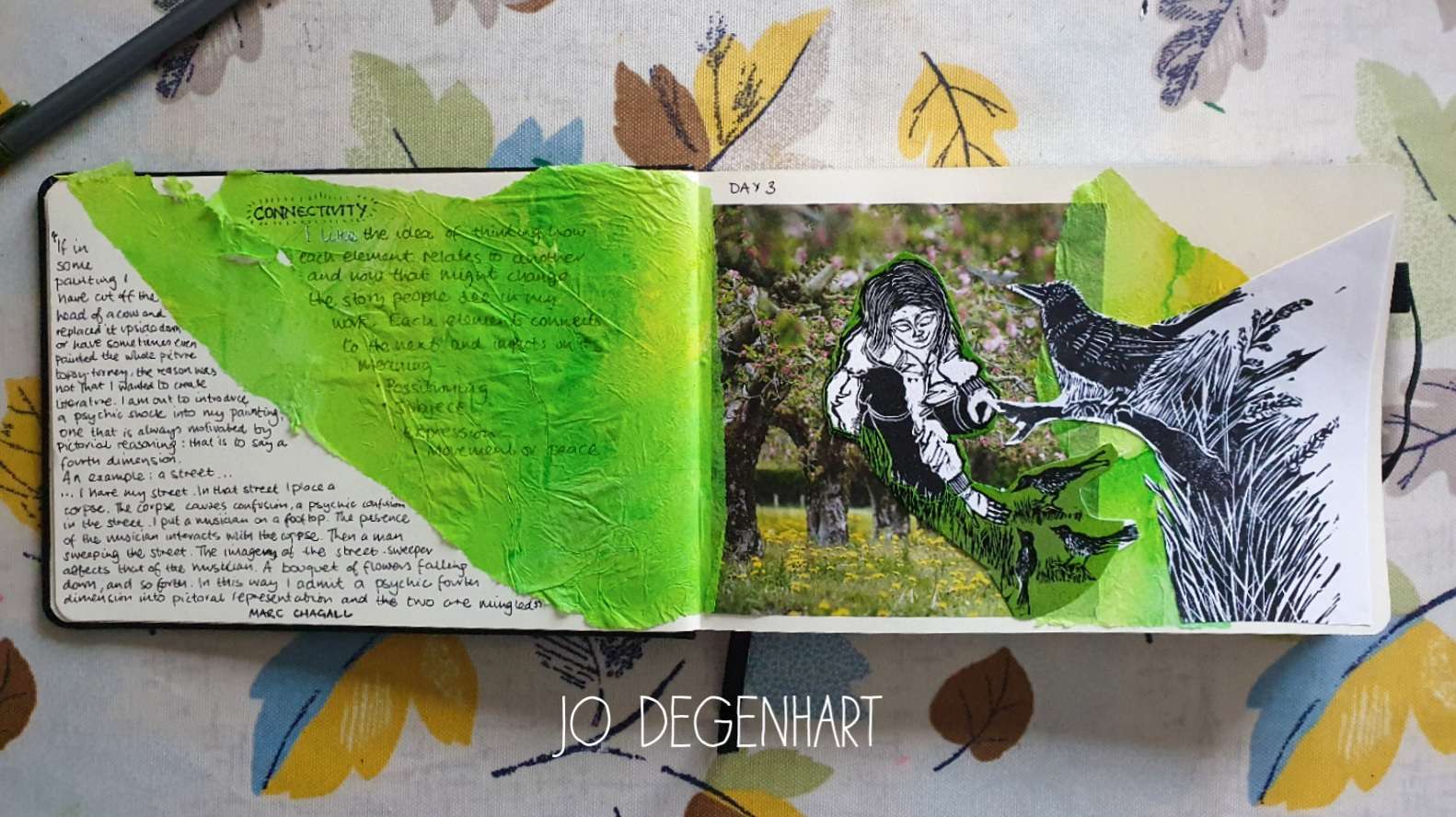 I spent a bit of time looking at my Chagall book today as I really enjoy the way his work puts together a multitude of images. It always seems to create a dreamlike confusion which tells a story.

Chegall described this in this quote:

“If in some paintings I have cut off the head of a cow and replaced it upside down or have sometimes even painted the whole picture topsy-turvy, the reason was not that I wanted to create literature. I am out to introduce a psychic shock into my painting, one that is always motivated by pictorial reasoning: that is to say a fourth dimension.

An example: a street…I have my street. In that street I place a corpse. The corpse causes confusion, a psychic confusion in the street. I put a musician on a rooftop. The presence of the musician interacts with the corpse. Then a man sweeping the street. The imagery of the street-sweeper affects that of the musician. A bouquet of flowers falling down, and so forth. In this way I admit a psychic fourth dimension into pictorial representation and the two are mingled”.

I have never really thought about the idea of the connectivity of all the separate parts of my work and how that can change the message. Whether it is in positioning or subject, the relationship of each element adds a new layer to the story it is telling.

Any cookies that may not be particularly necessary for the website to function and is used specifically to collect user personal data via analytics, ads, other embedded contents are termed as non-necessary cookies. It is mandatory to procure user consent prior to running these cookies on your website.