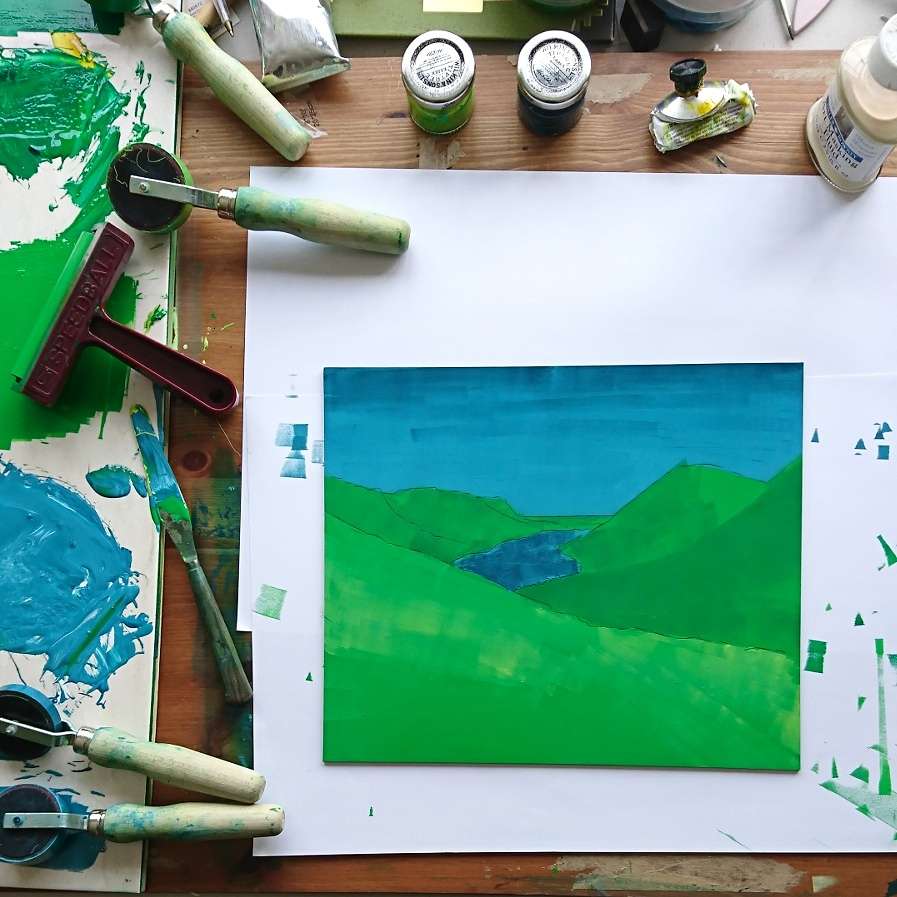 Hmm, so the last few months have been pretty busy and I have not managed to make time for my blog. I have missed writing it so I thought I could spend the next few weeks catching you up on what I have been up to, starting with the work I have created.

When visiting the Lake District in June, we took a walk up to Scafell Pike with the kids. Well, we attempted it but unfortunately did not make it as my daughter’s boots were painful. We did get up to the Cairn near Hollow Stones and saw some amazing views as the day was surprisingly hot. We were all worn out by the time we got back down which was probably made worse by the fact that we were camping as I never sleep very well in a tent! 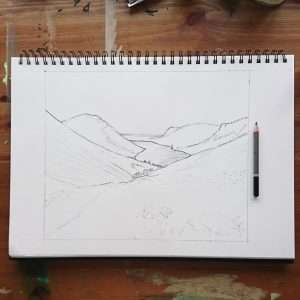 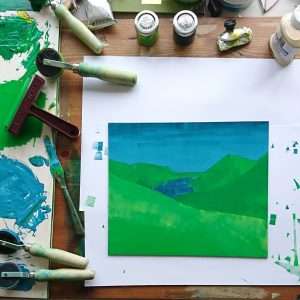 When we got home, I worked on a sketch of the view over Wast Water and then began printing a reduction lino print of the scene, inking again using my small rollers.  It went through the press twice but there are obviously more colours than that in the piece as I was mixing the ink partly before rolling and partly as I inked up the plate. 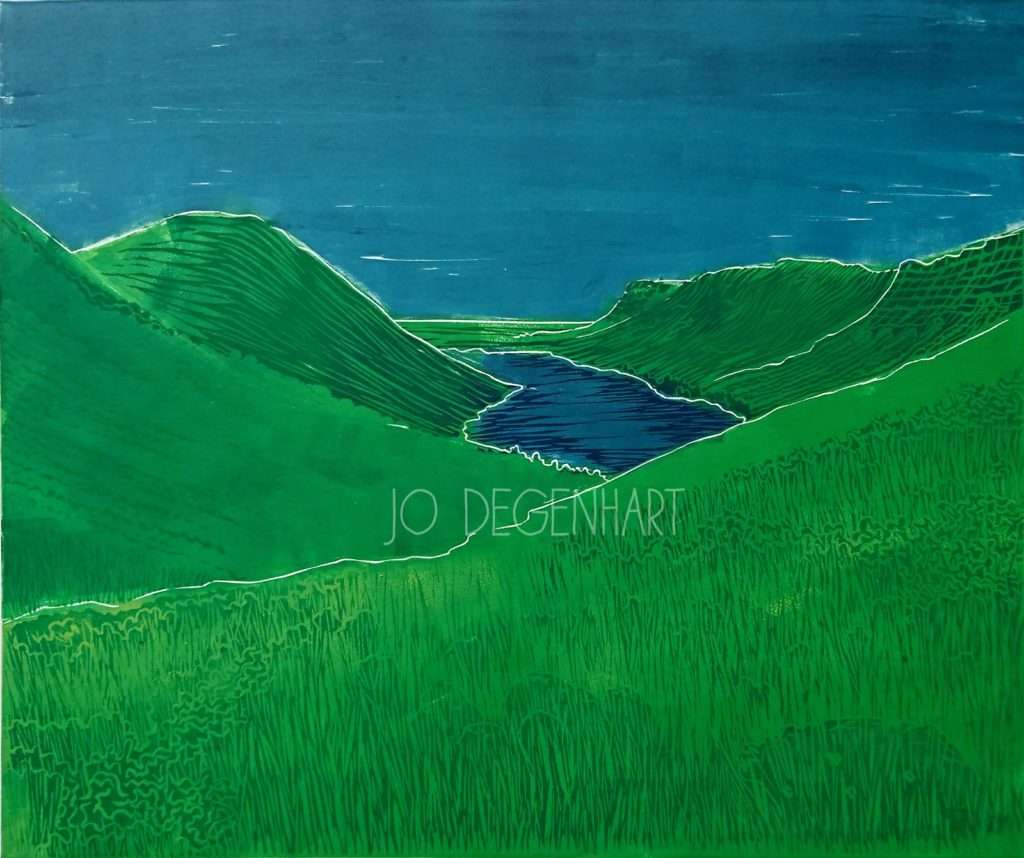 This view held such great memories for me and it was a joy to print.

In August an online group of artists I am part of called Handcrafted Uniquely arranged a gift swap where we were all given another member to create a secret present for to be opened together on the same day. As my recipient loves Corvidae, I decided to do a black print of a raven on St Cuthbert’s  Somerset printing paper. I was so pleased with the results that I decided to create more birds in a challenge called Inktober which is a daily drawing challenge running through October where participants use ink to create a piece of work to share. 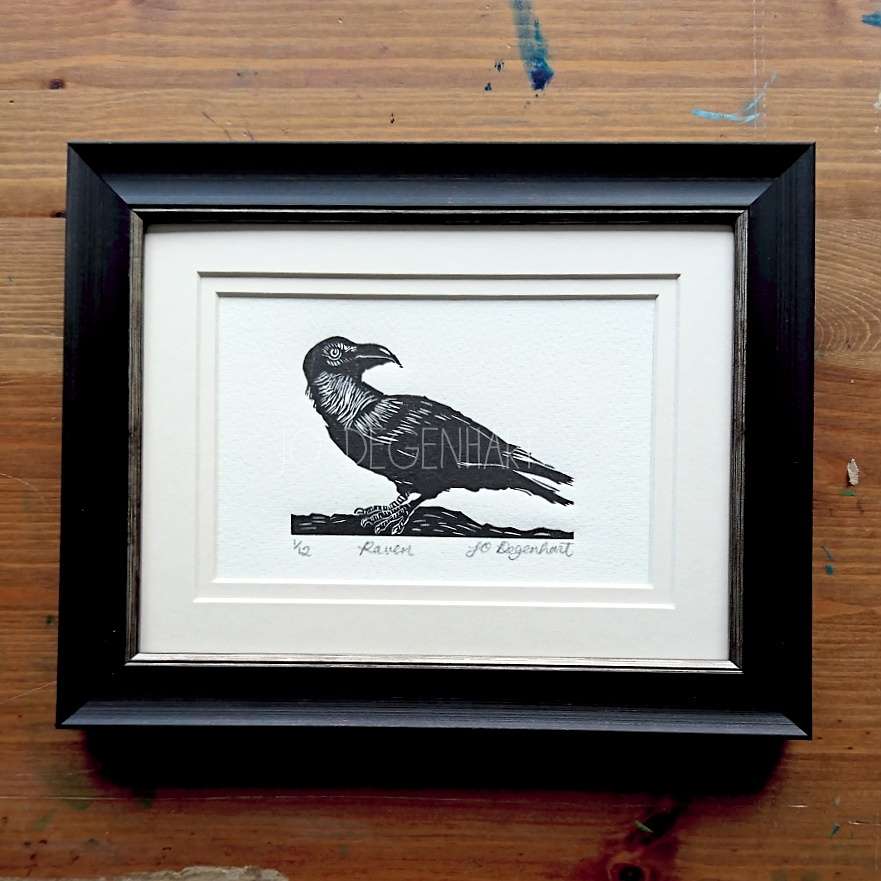 In November I took part in two Online Markets where I was selling Christmas postcards and decorations. The first was with Handcrafted Uniquely and the second with a group called Showcase Handmade UK. It was enjoyable to spend a bit of time working out how to print on fabric and getting my sewing machine out again. The designs were inspired by the birds I had drawn in Inktober. 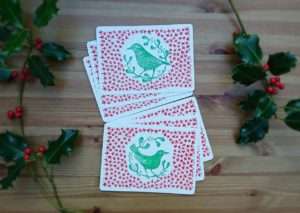 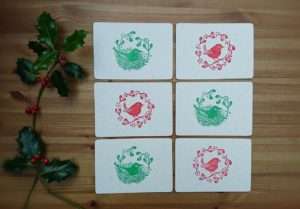 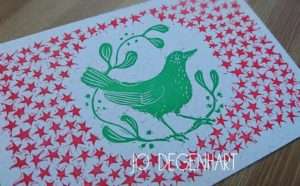 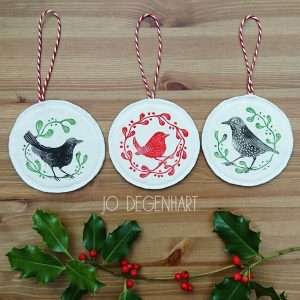 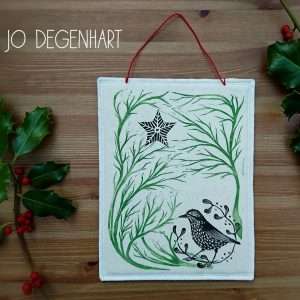 I also worked on a stary sky lino print called Mountain Skies for Showcase Handmade UK’s Nordic Noel which is definitely a technique I will be working more on. Starry skies are so magical! 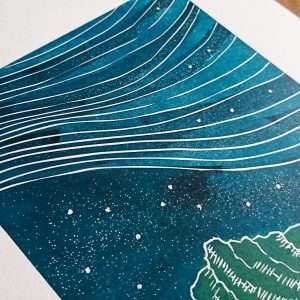 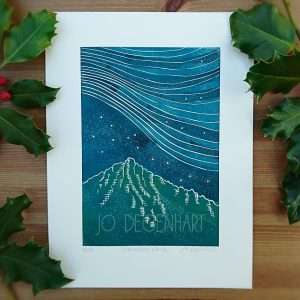 So I think we are all caught up now, I will be telling you about the other things I have been taking part in over the next few weeks.

Any cookies that may not be particularly necessary for the website to function and is used specifically to collect user personal data via analytics, ads, other embedded contents are termed as non-necessary cookies. It is mandatory to procure user consent prior to running these cookies on your website.